What is the worst pain you have ever experienced?

For most of us, it can be hard to understand the agony of chronic back pain, recovering from surgery, or even an injury from a car accident.

The desire for relief is behind a billion-dollar industry that pushed more than 16 million people to abuse pain medication in 2020 alone. Many found themselves deeper into prescription drug addiction than they could have imagined.

They are mothers, army veterans, and avid sportsmen or women. Anyone you know could be addicted to prescription drugs. They never intended to get addicted. They just wanted the pain to go away.

Or maybe they needed to stay awake or calm their anxiety. There are a variety of prescription drugs that people abuse.

But now, they find themselves in the clutches of an addiction that makes it hard to work, live a normal life, or take care of their children. Maybe they have turned to buying drugs on the street. They may even have switched to a harder drug like heroin or cocaine.

Read on to learn more about prescription drug abuse, what to look out for, and how to treat it.

What is Prescription Drug Abuse?

When a doctor prescribes a medication, they usually give specific instructions on how to take it and in what quantity.

Prescription drug abuse happens when the patient uses the medication in a way they were not supposed to. Sometimes they start off doing this intentionally, like a teenager who heard a particular pill could be snorted or injected to get high.

This can also include a person getting their hands on stimulants prescribed for medical conditions. These stimulants might be used to study late for exams or stay up all night partying.

Sometimes people start taking their pain medication as they were told to but find themselves enjoying the effects and missing them. Then they start to take more until they find themselves unable to live without them.

Prescription drug addiction can hit any social class or age group, and nobody is immune. Like any drug addiction, the person abusing the substance might struggle to quit. They might find themselves stealing to get hold of the medicine or unable to do their job properly.

Drug addiction comes about as a result of substance abuse disorder. This makes it difficult to control drug abuse. Many people are aware of traditional drug addictions, such as heroin or cocaine.

However, they may not be aware that prescription drugs carry the same danger.

The only solution to break the addiction might be a detox in a rehabilitation treatment facility.

Imagine a mother of two named Cathy. She has chronic migraines that leave her unable to work several times a month. The pain is unbearable.

Her doctor prescribed her opioid pain medications to manage the pain. At first, the relief was life-changing, and she was able to hold down a steady job and take care of her children.

However, over time, her original dosage no longer worked as well. She steadily increased the amount she took as her tolerance built.

Eventually, she was going to several different doctors for her medication or buying from the street. She could no longer focus on anything else and lost custody of her children. She also lost her job.

This fictional character is an example of a common way in which people might find themselves addicted to prescription drugs.

Another version of Cathy might have had a temporary knee injury. After a few months, she tried to stop taking the pills she was prescribed.

However, the severe pain of opioid withdrawal becomes unbearable, and she decides not to stop taking the pills.

A similar path can be taken with anxiety medication, as one seeks to numb their psychological pain and turns to substance abuse.

Some prescription drugs are more addictive than others because they flood your brain with dopamine. This provides a wonderful feeling, or high, that pushes you to want to take it over and over again.

Drug abuse changes how your brain works. It can affect your self-control and capacity to make good decisions.

Let’s look at the most dangerous pills.

What Type of Prescription Drugs Are Addictive

There are three main classes of medications that lead to drug addiction. These are pain killers, central nervous system depressants, and stimulants.

Each one gives the addict a different kind of feeling, and addiction presents in different ways:

Due to a tragic epidemic of opioid addiction, which has led to more than 500,000 people dying in the past two decades, opioids have become the most famous class of addictive prescription drugs.

The problem with opioids began in the 1990s when doctors began prescribing these pain relievers more and more. Pharmaceutical companies aggressively marketed them and gave assurances that they were safe.

Opioids produce a euphoric feeling of calm and relaxation. They boost dopamine, the so-called “pleasure” chemical. Over time, your body loses the ability to feel happy and calm without using this drug. Users can suffer depression and negative thoughts.

Researchers advise that opioids should only be given when absolutely necessary for as short a time as possible. Patients should also be given the lowest possible dose. Opioids should not be the first resort when managing chronic pain.

Studies have shown that it is when patients use opioids for acute pain, such as after a surgery, that long-term use is most likely to happen. If patients get a high dose initially, this also poses a greater risk of addiction.

Here are some of the most addictive brands of opioids that can be prescribed:

Codeine is a pain medication that is only available on prescription. It is usually prescribed to treat mild to moderate pain. Codeine is also used to suppress a dry cough and is often found in cough syrup.

Codeine reduces feelings of pain by working directly on opioid receptors in the central nervous system. It can interrupt the signaling of pain between the brain and the body. It works for coughs by suppressing the brain activity that controls coughing.

High quantities of codeine can cause drowsiness and relaxation. It has also been associated with breathing problems.

Oxycodone is a semi-synthetic opioid painkiller that treats moderate to severe pain. It is sold under brand names such as OxyContin and Roxicodone.

It is often prescribed to treat ongoing, severe pain, such as in the case of cancer or a severe injury. It is considered exceptionally addictive and is often a cause of substance abuse issues.

Like codeine, oxycodone acts upon the brain to change how your body perceives pain. It comes in high doses of over 40 milligrams per tablet that can cause an overdose in someone who has no tolerance for opioids.

It is not meant for mild or short-term pain. People who suddenly stop taking oxycodone might suffer withdrawal, and their doctor may slowly reduce their dose.

Fentanyl has become infamous in the United States for its contribution to fatal drug overdoses.

Doctors should not prescribe fentanyl unless a patient is suffering severe pain after surgery or suffering from cancer.

Illegally manufactured fentanyl is sold as a liquid or powder. It is also commonly mixed with drugs like heroin, methamphetamines, or cocaine. People buying these drugs may not know they contain fentanyl and can easily overdose.

If someone you know is abusing opioids, you might notice them isolating from family or friends. A pattern of theft may emerge, or complaints about financial difficulties. You may see them showering less or taking poor care of themselves. They may appear depressed.

Aside from changes in behavior, here are some symptoms one might experience when abusing opioid painkillers.

The next class of addictive prescription pills is known as central nervous system (CNS) depressants. They generally act on the brain by increasing a chemical that inhibits brain activity. This causes a drowsy and calming effect.

In the United States, some 30.5 million people use benzodiazepines to treat anxiety and sleep disorders. However, only about 5.3 million abuse them.

It is possible to overdose on these medications by taking enough of the drug for breathing to stop. This can lead to a coma, brain damage, or death.

Here are two common CNS depressant pills that are abused:

Alprazolam, sold under the brand name Xanax, is commonly prescribed for insomnia or anxiety. It is incredibly addictive. People quickly develop a tolerance to Xanax and, in the grips of addiction, can take up to 20 or 30 pills a day.

Stopping Xanax after long periods of use can cause withdrawal symptoms like anxiety, insomnia, shaking, or restlessness. This is a sign that it may be time to seek prescription drug addiction treatment.

Diazepam, sold under the brand name Valium, is also prescribed for anxiety. In addition, it might be prescribed for alcohol withdrawal and seizures. It works by calming the brain and nerves. If you take it for more than seven weeks, addiction becomes more likely.

Withdrawal from valium can be intense, and some people report taking more just to feel normal.

Barbiturates are another common central nervous system depressant. They evolved in the 1900s and were used to treat anxiety, sleeplessness, and seizures. Their abuse was common in the 1970s, but they have been prescribed less since benzodiazepines arrived on the scene.

They are used for anesthesia or to control seizures.

Addicts can inject barbiturates or take them in pill form.

If you or someone you know is abusing these prescription drugs, here are some side effects you can experience.

The third class of medications responsible for prescription drug addiction is stimulants, which boost energy, attention, and alertness. They were initially used to treat asthma and obesity.

However, these days a doctor might prescribe stimulants to treat attention-deficit hyperactivity disorder (ADHD), depression, and narcolepsy.

You can take prescription stimulants in capsule, pill, or liquid form. People who abuse them take higher doses or crush and snort them.

Stimulants work by boosting dopamine and norepinephrine in the brain. For people who have ADHD, this can improve concentration. However, when abused, stimulants are very damaging. They boost your blood pressure and heart rate, lower blood flow and blood sugar, and affect your blood vessels.

If you take too much, you can have a seizure or suffer heart failure.

When to Turn To Rehab for Detox

Sometimes, addiction can set in before you know it.

If your loved one has reached a point of dependence on opioids or depressants, it might be time to seek help in your recovery. If their life is being affected by their substance abuse, and they cannot handle withdrawal symptoms, they probably need medical supervision.

As you can see, there are many dangers when a doctor prescribes you medication for pain, anxiety, or insomnia. Even if you are aware of the potential for addiction, you or your loved ones can find yourselves unable to withdraw from the medication independently.

If you are looking for prescription drug addiction treatment, contact us today to get on the path to sobriety.

Licensed by the State Department of Health Care Services. 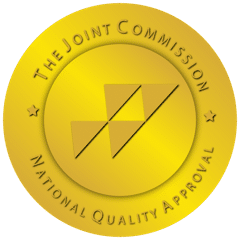